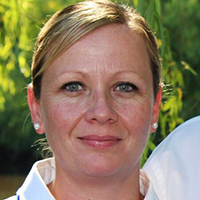 Genean is a funeral director working in Western Sydney when she noticed an increase in suicide related deaths coming into her funeral home. Genean realised the families leaned on her more for support after the funeral had taken place (assuming it’s because she may have felt more at ease talking to the families about their loved one who had passed away & was not afraid to ask how they were feeling). Wanting to know how she could help she researched the local area realising there was nothing close by she could refer bereaved families to, she decided to put on the first community forum that led the network & support groups being established.

Genean has dedicated eleven years helping people bereaved by suicide and since the network was established in 2009 she has played an important role on the executive committee.