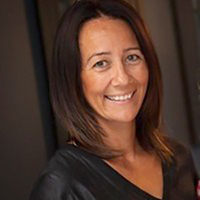 Tania is a passionate advocate for Suicide Prevention. She is currently one of ten members who advises The NSW Ministry of Health on matters relating to the NSW Health Strategic Plan in the Towards Zero Suicide Initiative from a lived experience of suicide perspective and is involved in many aspects of the initiatives working collaboratively within a co-design framework.

Tania has been an integral influence in collaborating with Illawarra Shoalhaven Suicide Prevention Collaborative and Feel the Magic in the development of a tender document to the NSW Ministry of Health. The document outlines the current need for a camp specific to children who have been bereaved by suicide. Tania has attended public speaking events on behalf of Roses In the Ocean who are Australia’s leading lived experience of suicide organisation. She is also involved in screening people with a lived experience of suicide who express an interest in attending the Roses In the Ocean Workshops.

Tania is a creative individual who has a diverse background working previously as an early child hood educator, Play Therapist, and most recently an Interior Designer. Tania is currently studying the Diploma of Counselling and Communication Skills part-time at University.